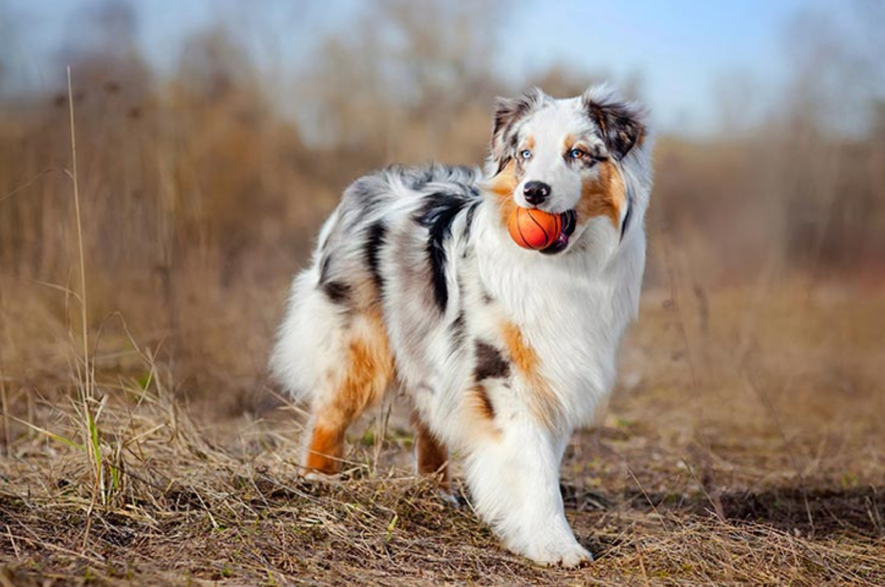 Even though the name might suggest otherwise, an Australian Shepherd is a true American dog. It was bred specifically for herding during the 1800s during the Gold Rush, and they still do that job today. There are a lot of historians that argue about the original breeds that were used to create this one, but the common consensus is between a shepherd and a collie.

The reason behind the name is because they were used to herd sheep from Australia. It’s a funny story, but that makes people think otherwise. The reason it became so popular is that many farmers competed against each other to see who had the better dogs. Click on this link to read more.

Those activities turned this breed into a specialized dog with a superior herding instinct. If you have kids at home and you don’t pay attention to it, this pup might try to herd your kids too! Apart from that, they’re super intelligent and hardworking, and they’re full of energy.

The reason why they became so popular is that after the second world war, many Americans wanted to go back to the older days. This meant increased interest in farming, horseback riding, and cowboys. All those classic Western traits brought back the popularity of the Aussie.

During many rodeos, these dogs had their chance to shine, and they absolutely delivered. Their skills and intelligence made many families adopt ones, and their breeding was carefully monitored. These athletic pups are always seen next to their masters, and they were always working.

Even today, this is one of the most energetic, clever, eye-catching, and useful dogs to ever walk the planet. If you’ve ever wanted to get one, this is the time to do so.

This pup is medium-sized. The usual height is anywhere from 18 to 23 inches. Usually, the males are larger and bigger than the females. When it comes to weight, the same thing applies. Males weigh around the 60-pound mark, while females tend to go anywhere from 40 to 50 pounds. Visit this link for more info https://www.northumberlandgazette.co.uk/recommended/puppy-training-classes-learn-how-to-train-your-dog-with-this-inexpensive-online-programme-3228632?itm_source=parsely-api.

Personality-wise, these dogs always want to dominate. If you’re getting a dog for the first time, it’s not smart to pick this breed. The same thing applies if you have a timid personality. The best owner for this dog is extroverted, confident, and active, since that way, the human will have the dominant role.

This breed is extremely loyal to the family, and you need to socialize them early on. When they’re still a puppy, bring guests over, introduce them to your neighbors and even strangers on the street. Try to rack in as many new experiences as you possibly can.

This is because when they grow up, those experiences will shape them into well-rounded pets. If you don’t do that at the beginning, they might become aggressive when they meet new people. For that reason, regular visits to the park and even stores that allow dogs will be beneficial. 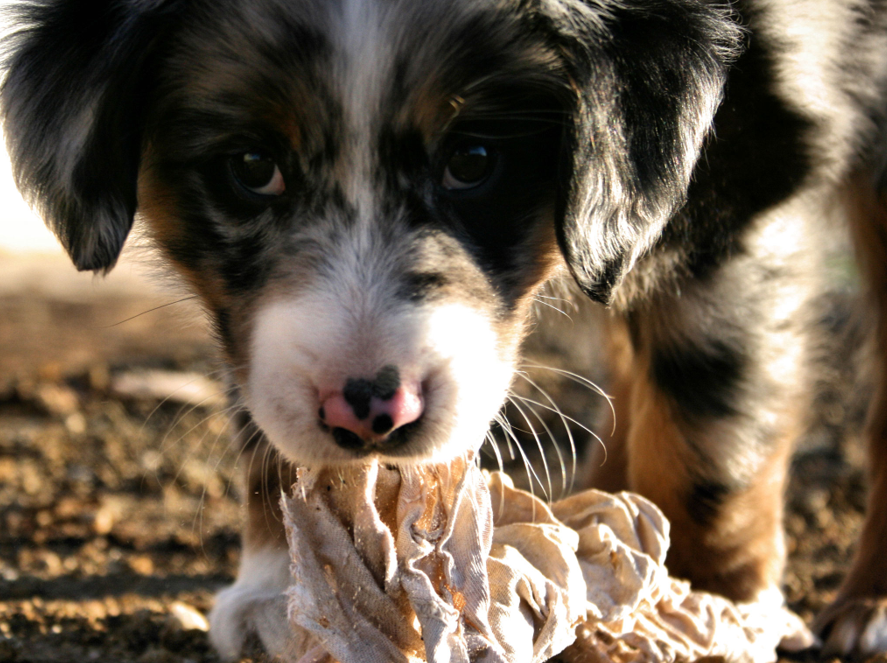 An Australian Shepherd is usually healthy for the first decade, but as with any living being, nothing can combat old age. There are certain diseases that get transferred genetically, and the most common one is hip dysplasia. This is when the bone of the pelvis doesn’t connect with the leg.

This can happen with no visible signs of a change in behavior. After living with the condition for a while, you may notice limping or lameness on one side. That’s why you need to take them to the vet early on and see whether that’s the case with an X-ray.

The same problem can occur in the front of the body, but then it’s elbow dysplasia. Another important challenge with these dogs is deafness. No one knows why, but most of these pups experience deafness in their later years. It will take a lot of patience on your side if this happens.

When it comes to caring about an Aussie, you need a big yard. They need a lot of space to move, jump and play fetch. If the fence is short, they’ll jump over it with ease. These dogs have a natural predisposition to herd animals, and they will even fight through electric collars.

The urge to explore a new sound will always be bigger than a mild shock. Because of that, it’s best to train them with a leash until they learn how to obey your commands completely. Every day, they need to have a high-energy activity.

During this time, you could go for a run with them, play some catch, maybe some frisbee, or even some competition training. When you’re done with the physical activity, make sure to have something in your pocket to stimulate your mental activity.

This can be puzzles or some toys that are specific for the breed. Bear in mind that puppies need a bit less activity than adults. You’ll notice when they’re tired by their behavior. While they’re still small, make sure they don’t do a lot of jumping, especially on hard surfaces.

This can create a lot of joint problems in the future, so it’s best to keep them away from things like that. The best way to train them is by giving them a treat, but praising them will work too. From your side, it’s important to solidify your position as the person in charge because they will always fight for dominance. 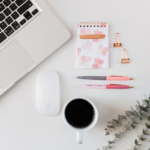 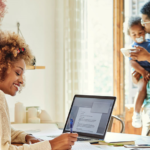