Steve recently had a hilarious outburst while filming a Family Feud episode. Elly Karamoh, Steve’s stylist, walked on stage to deliver a bottle of water to him. A single problem arose: Elly was unaware that they were filming an episode.

Offstage, someone can be heard asking, “What are you doing, Elly?”. As soon as Elly realized his mistake, he left the stage. The film crew and Steve were in disbelief. Although Steve’s reaction was surprising, it made for great television. After he left the stage, Steve gazed at Elly for a long time. Laughing, Steve said, “What the f–k is wrong with you?”?

Elly said he didn’t know they were recording. Steve responded, “What the f–k do you think these lights are for?” Poor Elly! As we all know, Steve was only playing with the audience to make them laugh. And it worked.

“Steve’s stylist deserves a raise after this! Lol,” one fan wrote on YouTube after watching the hilarious moment. “This is the funniest thing I’ve ever seen in my life!” another stated. “I can’t stop laughing with my earphones on and my brother thinking I’m crazy. This definitely went to YouTube and Steve’s stylist is gonna be famous,” said a third.

Steve has made Family Feud a popular game show for 45 years now. Steve took over hosting the show in 2010 and his hilarious reactions have inspired countless memes, Tweets and TikToks. Steve’s comedic timing is unbeatable. 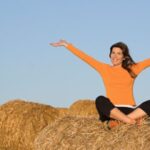